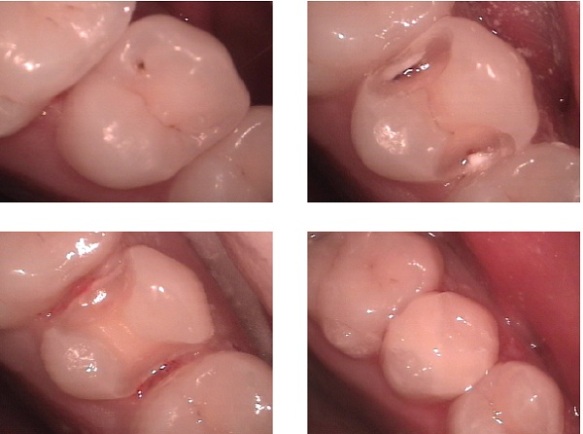 There is some controversy over the best materials to use when restoring or filling holes caused by tooth decay in permanent teeth at the back of the mouth. Amalgam fillings are cost effective and have been used for over 150 years. However, their use has declined over recent years, partly because of the way they look and because of the perceived risk from the mercury they contain. Tooth-coloured (composite resin) fillings are frequently used in the front teeth and in the teeth at the back of the mouth. But which is better overall? This Cochrane review compares the two restorative materials in adults and children with permanent teeth.

What was the research?

A systematic review of the evidence to find out which filling material is most effective – composite resin or amalgam. The review looked at how long the fillings lasted in the mouth.

Who conducted the research?

The research was conducted by a team led by M Graciela Rasines Alcaraz from the Argentine Dental Association, on behalf of the Cochrane Oral Health Group. Analia Veitz-Keenan, Philipp Sahrmann, Patrick Roger Schimidlin, Dell Davis and Zipporah Iheozor-Ejiofor were also on the team.

What evidence was included in the review?

Data was extracted from 7 randomised controlled trials, however only two of these trials provided enough data for the main statistical analysis. Data from these two trials was analysed from 871 participants aged 12 and up. The other five trials did not specify the number of participants recruited, but reported data on 2,190 fillings in total.

What did the evidence say?

The main analysis of two trials suggests that amalgam fillings had lower failure rates than composite resin fillings used to fill holes caused by decay in permanent teeth at the back of the mouth. Further tooth decay also occurred less frequently next to or under amalgam fillings compared with composite resin fillings. The other five studies only reported the rate of failure of the fillings and the amount of further tooth decay occurring and the results supported those of the other two trials.

How good was the evidence?

The quality of the evidence was low to moderate. There is an obvious difference in the colour of the fillings, so participants or operators placing the fillings could not be “blinded” as to which filling was being placed. There was therefore a high risk of bias.

What are the implications for dentists and the general public?

There is low quality evidence to suggest that resin composites lead to higher failure rates and risk of secondary caries than amalgam fillings. This review reinforces the benefit of amalgam restorations and the results are particularly useful in parts of the world where amalgam is still the material of choice to restore posterior teeth. Though the review found insufficient evidence to support or refute any adverse effects amalgam may have on participants, new research is unlikely to change opinion on its safety since amalgam is being phased out in many places due to safety concerns.

What should researchers look at in the future?

The included studies in this review date back to 2007, and composite dental materials have advanced since then. Since the proposed discontinuation of amalgam depends on quality improvement in non-mercury based fillings, there is a need for new research to focus on the long-term effectiveness of the latest improved composite materials. Data from future trials on these materials, and the techniques and instruments used for placing them, should be analysed and reported appropriately.